“I was always skeptical about these soft skills trainings until I found Creativa. Their soft skills training course is so unique that you will feel it is just designed for you. It addresses our common inhibitions, dilemmas and fears that we face in client calls and trains you to face them with confidence. These courses are not just designed for improving your vocabulary or grammar. They will change your perspective of your client's psychology and uplift your confidence. Feeling comfortable in your skin is way more important than improving the language. Creativa is the only place I found so far where you get this whole package of confidence.”

Is that a sheep or a ship outside your window? Two sounds for every vowel in English.

Problem: Differentiating between the pronunciation of short and long vowels. For example, the A in appear versus the A in late or the U in bus versus the word united. How do you choose between the two sounds based on their written form? How is this important and useful?

Whoa man or woman? The schwa sound, Most Valuable Player in English.

Problem: Sentences like “I took uhn express train tuhday” transform both the A in “an’ and the O in “today'' into an uh sound. Nobody taught you pronunciation in school and tuhday doesn’t sound logical based on that and on the sounds of your native language. It almost seems like any vowel can become the same sound in English. You want to know when and why vowels in English mutate into an uh sound. For example, why is the sentence above possible but not, “I tuck an uhxpruss train today”? When and why is it necessary and when is it impossible to use uh in place of a vowel?

That Tired Tiger: Solving the trouble with T in everyday communication.

Problem: The “t” sound in English takes on three different forms, but none of those resemble the  “t” sound heard among Indian speakers. The T heard across India is technically called a “Retroflex T.” That particular T sound is hard for non-Indian speakers of English to comprehend and throws them off when you speak. You’d like to know how to pronounce the T in its most common forms. The standard T occurs in words like stop or talk. Americans use a different T when it’s between vowels, as can be observed in words like water or later. There are other nuances to the letter T but these two will be enough to help resolve T-sound related distortions in your sentences.

The Why Kings vs the Vikings: Mending the tension between W and V.

Problem: You have difficulty pronouncing the W and V sounds, likely because they are different in your native language. Often, you end up producing a “W” sound on the V instead. So, you end up saying vomen for women and vork for work. It’s possible that, at times, you also switch in reverse and say V in place of W, so a word like move sounds like mow. You’d like to make your W’s and V’s clearly distinguishable from each other. You need to know the mouth and physical structures involved in making the sounds more distinct.

A Zebra in the crosswalk: How to make the Z sound distinct.

Problem: You have trouble with words like zoo which can sometimes come out sounding like joo or shoo or with words like Mars, which can sound like Marsh. This is because you unintentionally replace the Z sound with a /djuh/ or /shuh/ sound. You may do this as an influence from your native language or due to hearing others mispronounce these words. You’d like to be able to form clear and distinct Z sounds, in order to form both words like zoom and plurals such as jaws that end on a Z sound.

Shine the light on Dark L: When to use it and why!

Problem: There is likely only one L sound as you know it, but Americans and other speakers of English seem to have two ways of saying it. You have noticed that your pronunciation of the L sound is hard for other speakers of English to decipher. It interferes with large parts of your sentences, including vowels adjacent to the L sound inside of words, making them difficult for others to understand. You feel that understanding the two pronunciation rules for the L sound can help you solve several communication problems.

The many faces of “R” : Using the right R at the right moment.

Problem: The Indian R is “rolled” or “trilled,” which causes an impact on the way words are understood by non-Indian speakers of English. It is not just the R itself that is affected - vowels and other sounds are affected by the trilled R, making whole sentences difficult for others to comprehend. You want to avoid R-induced communication issues, so you’re looking to understand how the standard English R is formed and strategies to apply to make your R’s work more for you.

Let’s get stressed: The rhythm of spoken English.

Problem: The rhythm of Indian English is different from North American and other major varieties. This or your native language influence (or both) might be causing your English to have a different melody than most other speakers are used to, which influences how they understand you and maybe even how you understand them. You’d like to match the melody of standard English, so that your conversations with non-Indian speakers of English go more smoothly.

Wha tizit? How and why words link.

Problem: It seems like various native speakers of English around the world say entire sentences in a seemingly long, unbroken chain. This seems to be a regular pattern, and you want to use it to help you speak and understand more clearly. You understand that identifying and matching the most common speaking patterns will make for easier communication with other speakers. You want to know the rules for when to link words and how to regularly apply these rules to your conversational English.

A sheep? No, a ship: How intonation steers meaning.

Problem: Other speakers of English sometimes confuse your intended meaning when you speak. Maybe you’ve heard someone say, “Are you telling me or asking me?” To avoid questions like that, you’d like to learn how to match the rise and fall of sentences to make your message clear. Knowing this will also help you calibrate the emphasis for details that only intonation can make obvious. For example, the difference between “John went to the store” and “John went to the store.”

“For years, I had been looking for a tailor-made program to better my professional soft skills, especially with meetings and presentations. As I began to grow in my professional role, the constant need to master my communication was also on my to-do list. After having researched through various options, my quest ended with Creativa. Their course was the exact fit to my expectations. The carefully curated video episodes, with all round focus on language, pronunciation, gestures and posture gave me the much needed confidence to excel in my professional communications. Creativa brought a unique blend of episodes that completely covered every aspect in much greater detail. Overall, I recommend Creativa for everyone who is keen on mastering their soft skills with ease.” 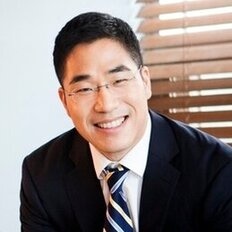 Nika Picco is a trilingual specialist in language learning who has worked as a fluency coach and teacher for over 15 years. She is a graduate of the competitive NYC Teaching Fellowship and holds a Masters Degree in Applied Linguistics. Her work focuses on spoken language mastery, bilingualism and educational course design. 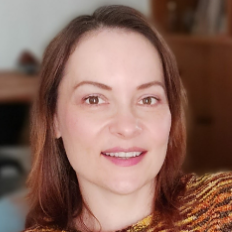 Sydney B has produced for top tier agencies such as Anomaly, Weiden & Kennedy, and Deutsch, and created original content for such outlets as Fader, iD Magazine, and MTV. Her work has played at TIFF, Cannes Cinéfoundation, Sundance, SXSW, and Berlin. She’s had her hand in everything from music videos and fashion editorials to documentaries and feature films. 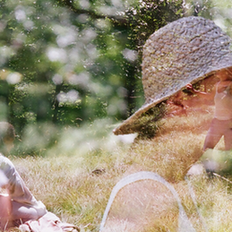 Prashanth is a filmmaker and educator whose work spans documentary and narrative forms and has played at festivals worldwide. An IFP-Marcie Bloom Fellow in Film, he has experience teaching at the North Carolina Museum of Art, Reelworks in Brooklyn, Virginia Commonwealth University, and NYU’s Tisch School of the Arts Graduate Film Program; as well as having worked as a filmmaker at The New York Times, Mother Jones, and The Nation. 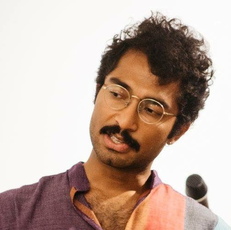